No More Money Down the Drain 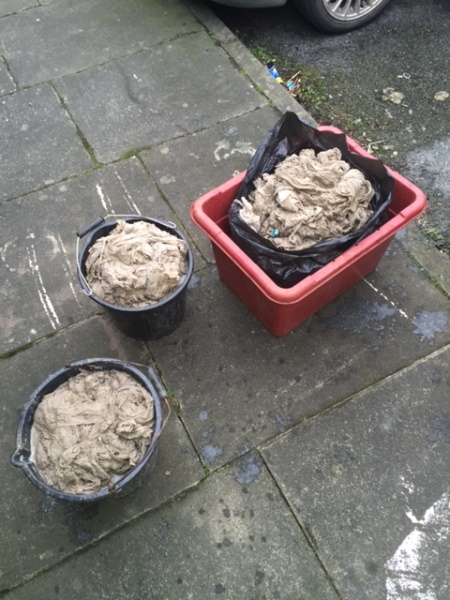 NI Water is delighted to endorse the recently published international position statement on non-flushable products, led and co-ordinated by our colleagues in Wessex Water and Water UK.

A declaration has been signed by water companies in the UK and Ireland, as well as by the relevant authorities and environmental bodies in other countries, outlining the water industry's stance on products labelled 'flushable'.  The Advertising Standards Authority is being asked to consider proposals to ban the word ‘flushable’ from wipe packaging.

So-called 'flushable' wipes cause serious operational problems for NI Water and other water companies right across the world - they block sewers, cost significant sums of money to remove and are major contributory factors to flooding and environmental damage.

Angela Halpenny, NI Water's Head of Environmental Regulation, said: ''In Northern Ireland, NI Water fights a daily battle against these wipes, the single most common inappropriate item found in our sewerage network.  In all, approximately £2.5 million is spent by us every year clearing around 16,000 completely avoidable blocked sewer incidents - it's literally money down the drain, and it could be invested to much greater effect elsewhere.  Across the UK, the combined total is estimated to be in the region of £90 million.

''We are very happy to support calls to properly labelled wipes - these items are anything but 'flushable' and are a headline cause of blocked sewers and sewer overflows, with all the attendant misery and inconvenience, plus serious environmental damage, that such incidents bring.

''NI Water runs an effective awareness campaign based on the 'Dirty Dozen', focusing on the 12 most common inappropriate household items found in our sewers; wipes are right at the top of this list.  Through this campaign and other education measures, we continue to emphasise to our customers that toilets are designed only for the 'three P's' - (toilet) paper, poo and pee.''

Further information on NI Water’s ‘Dirty Dozen’ campaign can be found at: http://www.niwater.com/bag-it-and-bin-it/

All media enquiries should be directed to the NI Water press office at press.office@niwater.com or via telephone to 028 9035 4757.