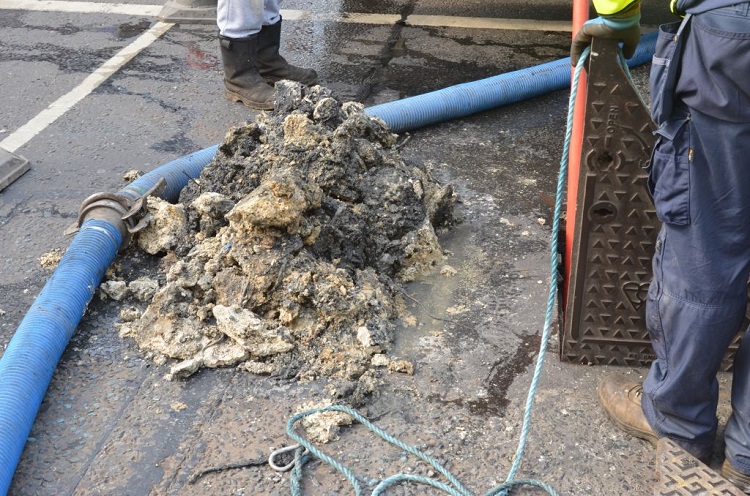 Fast food might be appealing at the weekend, however, dealing with the after effects of Fat, Oil and Grease being poured into the sewers is not a ‘fast job’.

NI Water are currently undertaking a massive project on the Dublin Road, Belfast, clearing Fat, Oil and Grease (FOG) that has built up from locals pouring fat into the sewers rather than using grease traps and binning it.

Gavin McCready, Networks Sewerage Manager explains, “The Dublin road houses a number of fast food outlets, therefore the problem of FOG in the sewers is significant in this area.  While most businesses use grease traps and bin their waste correctly, those that don’t are contributing to a massive fatberg in the sewers around the area.    Our team has been on the site, working over a number of Sunday mornings, clearing the fat that has solidified.  This is labour intensive work that can only be done early in the morning before the traffic builds up.

“We also recently discovered another fatberg on the Shankill Road which was so big, it rose to the top of the sewer and had been imprinted with the manhole!

“Recent research carried out showed that 96% of people were surprised by how much impact they could have on blockages. A further 49% thought it was mainly NI Water’s responsibility to reduce blockages.

In the last two years NI Water has spent over £5 million clearing blockages from the sewer system for which 70-80% were caused by FOG and inappropriate items.

Click here to view a video of the 'Fatberg' being removed