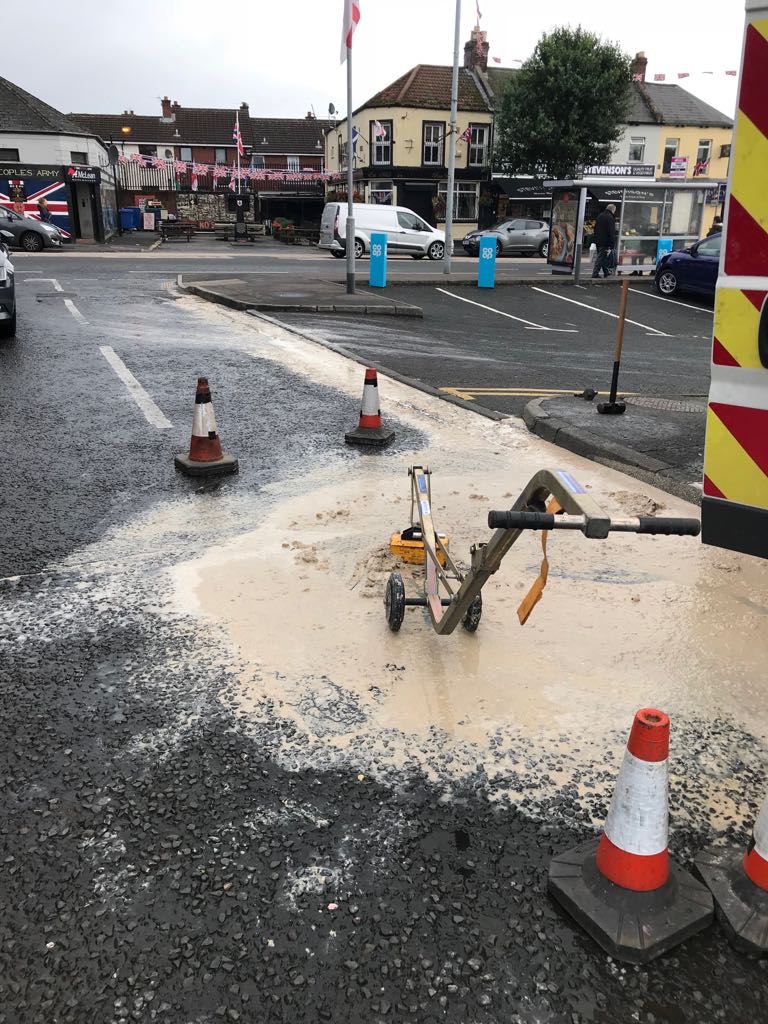 NI Water attended to a major blockage on the Shankill Road yesterday, Wednesday 22nd August, and found another Fatberg.

The fat, oil and grease (FOG) was so thick it had risen to the top of the manhole cover. FOG has built up from local homes and businesses pouring fat into the sewers rather than using grease traps and binning it.

Stephanie McCullagh, Head of Wastewater explains, “While most homes and businesses use grease traps and bin their waste correctly, those that don’t, contributed to a massive fatberg in the sewers around the area.

“As this incident shows, blockages and out of sewer flooding are extremely unpleasant and affects the whole community.

“We have all seen the disgusting effects of an overflowing manhole in the street and no one wants to see or smell it (not even us!) but the reality is, it happens regularly at a cost of millions to NI Water each year.

“We all have the power to stop it. In the last ten years, NI Water has spent over £1.5 billion investing in water and wastewater infrastructure but no amount of investment will completely stop blocked pipes if people continue  to flush wipes (including flushable), sanitary items and cotton buds down the toilet.”

“According to recent research carried out by Water UK, 93% of the material causing sewer blockages was made up of wipes - including a high proportion of baby wipes - which are not designed to be flushed. Less than 1% of the domestic waste in the blockages was identified as made up of products which are designed to be flushed, such as toilet paper.*

“Customer awareness and behaviour change is the only real way to address sewer misuse; it’s simple really, don’t flush anything other than paper, poo and pee and dispose of FOG properly to keep wastewater ‘Flo-ing’ through your home and our network.