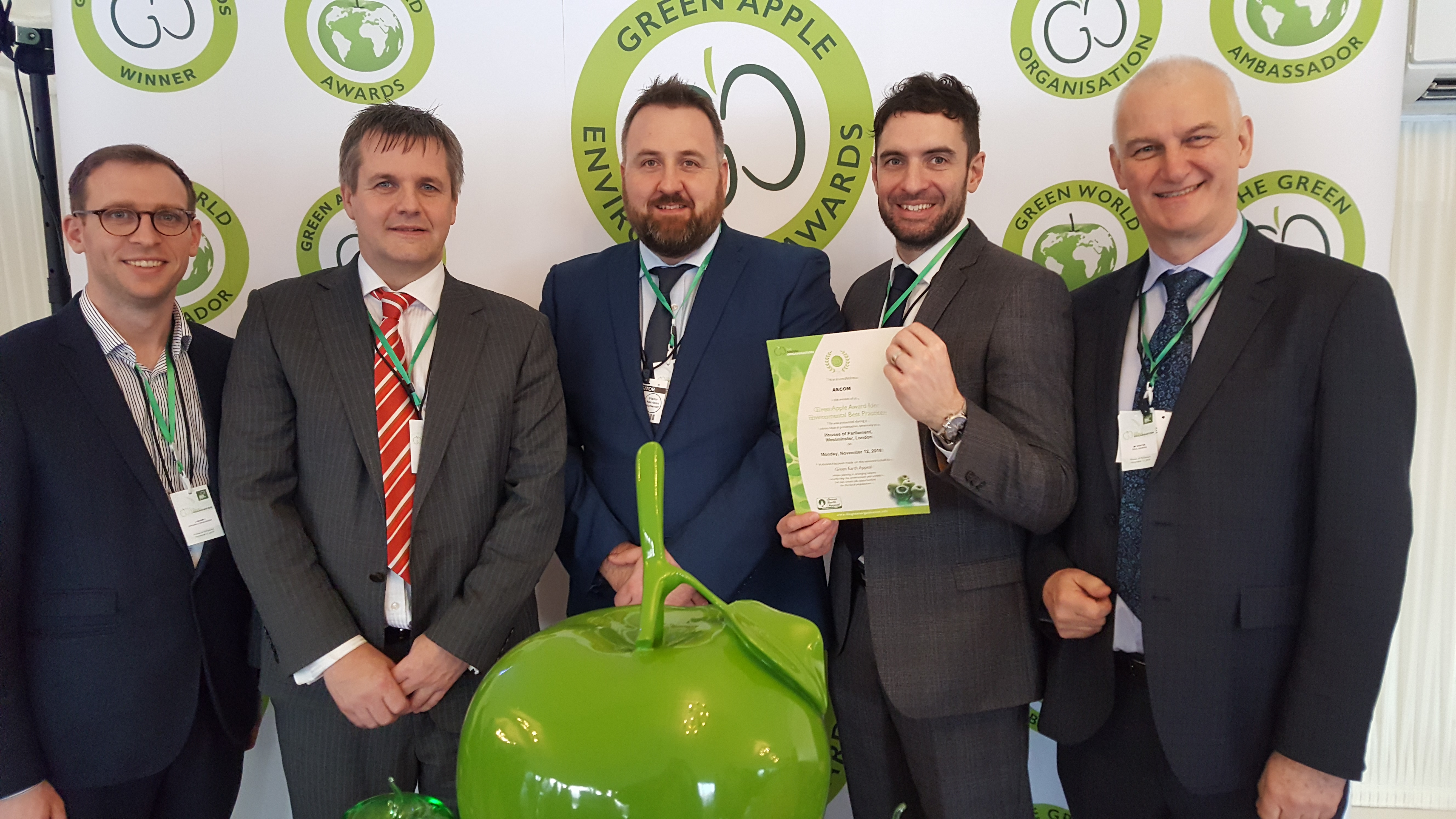 NI Water has been hailed as the “Ireland Green Champion” in the 2018 Green Apple Awards for its work to construct an innovative rainwater garden at Clandeboye Primary School, Bangor. The Clandeboye project was the overall Green Champion for Ireland in environmental best practice and now goes forward to represent Ireland in the Green World Awards.

This world-class award was presented to the NI Water project team at a ceremony recently in the Houses of Parliament, Westminster as part of the 2018 Green Apple Environment Awards – a national campaign organised by the Green Organisation to find Britain’s greenest companies, councils and communities.

“We at NI Water are delighted to win this major world-class environmental award, which is a great opportunity to showcase the Clandeboye project amongst the best environmental projects in the world.

“Our customers are at the heart of everything we do and one of our customer promises is to protect and enhance the natural environment - which this scheme undoubtedly delivers. The scheme will help reduce the risk of flooding in the school grounds and surrounding area.

“I would like to congratulate the NI Water team working on the Clandeboye project on this achievement including AECOM and BSG Civil Engineering.

“None of this would have been possible without the unwavering support of Clandeboye Primary School, the Department for Infrastructure, Education Authority and the Department of Education and we sincerely thank them for their input.”

£70,000 was invested in the garden, which is an innovative flagship project for NI Water and the Department for Infrastructure and is the first of its kind in Northern Ireland. The garden demonstrates how sustainable design can reduce the risk of flooding, whilst also enhancing the environment and providing a valuable educational resource.

NI Water, as a Green ambassador will now go forward to represent Ireland in the Green World Awards alongside other international companies who have demonstrated environmental and sustainable best practice.