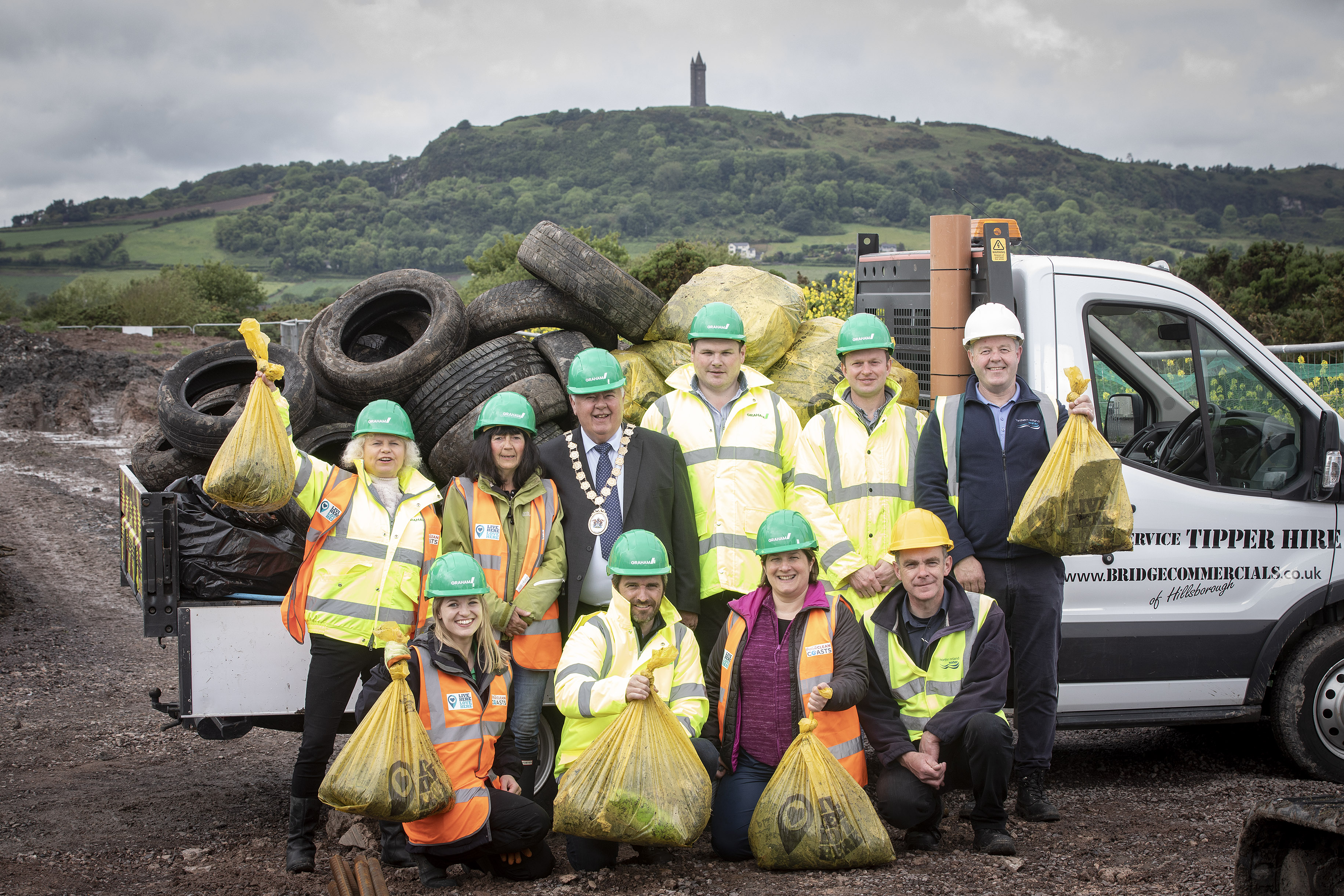 Also lending their support to the clean-up initiative were staff from GRAHAM – who are currently carrying out a £1.5m sewerage infrastructure upgrade for NI Water in Newtownards – and local volunteers who spent the morning lifting and bagging a host of items including plastics, glass and a mountain of wet wipes!

“We were delighted to see so many volunteers and staff turn out and help at the beach clean. It was quite shocking to see the amount of debris that turns up along our coastlines – much of which has the potential to play havoc with the sewerage system. We all have a part to play in helping keep our beaches and coasts clean. The simple message is - only flush the 3Ps, pee, poo and paper – everything else goes in the bin.

“In the last ten years, NI Water has spent over £1.5 billion investing in water and wastewater infrastructure, but no amount of investment will completely stop blocked pipes if people continue to misuse the sewerage system.”

The work being carried out in Newtownards by NI Water includes the upgrade of the wastewater pumping station at Portaferry Road. To coincide with the Clean Coasts litter pick around Strangford Lough, GRAHAM carried out a clean up of the area around the pumping station, removing old tyres which had been dumped on adjacent council ground.

“Coca-Cola Clean Coasts Week is growing from strength to strength and we are delighted with the number of volunteers who have supported us this year. Our aim is to create a clean coasts community who will continue to look after and enjoy our shores throughout the year and encourage others to do the same.  Northern Ireland has some of the most beautiful shores in the world and we should be proud to protect and preserve them as well as taking advantage of the wonderful sports and hobbies organised around them by local communities.”