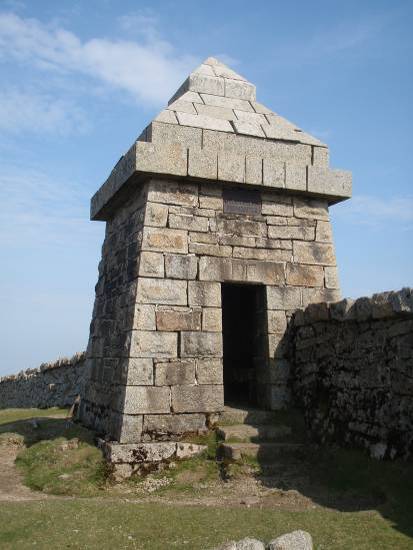 NI Water is appealing to walkers and visitors in the Mournes to enjoy and admire the three distinctive stone towers that sit atop Slieve Commedagh, Slieve Meelmore and our highest mountain, Slieve Donard – but please look after them!

The three ‘shelter towers’, which have been features of the Mournes for a century as part of the Mourne Wall, were reopened to the public in 2015 following an extensive programme of investment totalling over £60,000.  However, the effect of this work is being spoiled by a small number of walkers who treat the towers as rubbish bins; even as toilets!

Stewart Walsh of NI Water said: ‘‘The towers are a longstanding feature in the Mournes, and NI Water is proud to maintain them and keep them as the prominent local landmarks they are.  However, they also serve a practical purpose – to provide shelter in inclement weather, something that may never be too far away in the Mournes, even on a summer day!

‘‘Therefore, it is most disappointing that a small number of individuals choose to act in such a careless, indeed selfish, manner by leaving litter and sometimes worse in the towers.  This activity leaves the towers in a highly unattractive state, deterring people from using them for shelter.  It also increases the risk of disease and vermin infestation, and has led to further unplanned expenditure to return the inside of the towers to their original condition, following similar incidences nearly two years ago.

‘‘This is money that could be better spent delivering what matters in water and wastewater services for the people of Northern Ireland or helping to maintain the immense beauty of Silent Valley, a highly popular tourist attraction in the Mourne area.

‘‘The Mourne region remains vital to NI Water as a source of drinking water - approximately 130 million litres of water is produced by Silent Valley alone every single day.  We are always pleased to welcome the public to our site at Silent Valley Mountain Park, and we encourage people to avail of the shelter provided by the towers when out hiking amidst the stunning natural beauty, but we want to appeal to the good nature of visitors – please leave the towers as you would like to find them and take your rubbish – and everything else - home with you!’’

Over £60,000 was invested in 2015 to carry out essential maintenance and refurbishment work on the three Mourne towers.  This was done in conjunction with stakeholders including the then Department of Agriculture and Rural Development; Down Rural Area Partnership and SOAR (Southern Organisation for Action in Rural areas) both funded via the Northern Ireland Environment Agency; Mourne Heritage Trust; and the Mourne Mountains Landscape Partnership, supported by the National Lottery Heritage Lottery Fund.

Co-operation has ensured the survival of these valuable landmarks to be appreciated by future generations, as well as continued practical use as shelters for hikers caught in poor weather conditions.

All media enquiries to the NI Water Press Office on 028 9035 4757 or email press.office@niwater.com