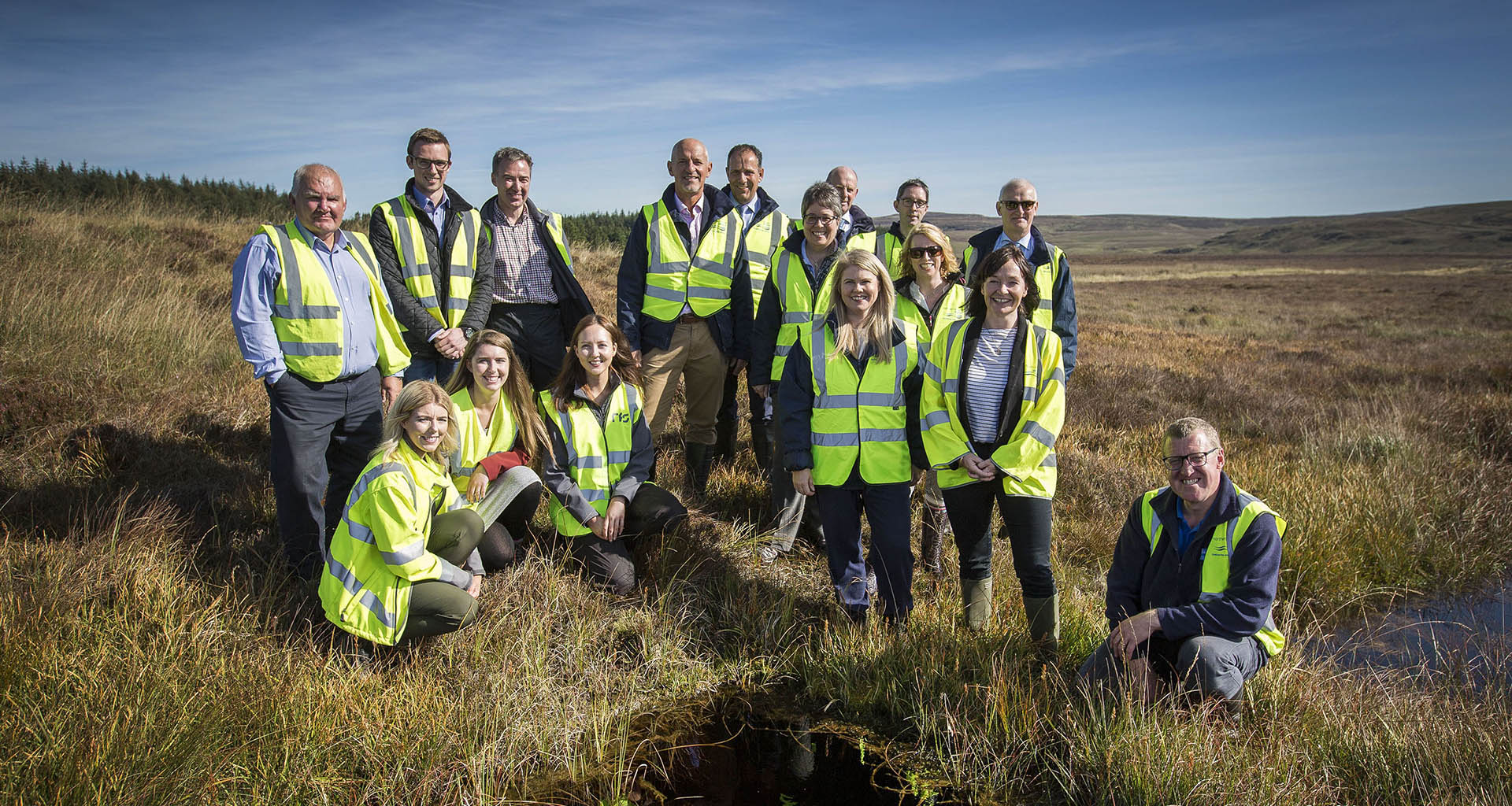 In 2019, NI Water’s SCAMP team in conjunction with RSPB and NIEA restored 2000 hectares of peat bog on the Garron Plateau in Antrim. Grazing densities were reduced and bog drains dug in the 1960s were blocked in order to restore the former quality of the bog, promote carbon sequestration and filter drinking water for abstraction by NI Water.

The Garron Plateau Bog Restoration Project was launched in 2013 to restore the largest expanse of intact blanket bog in Northern Ireland to a favourable condition and to improve the quality and reliability of the water received at NI Water’s Dungonnell water treatment works (WTW) which is supplied by the Garron catchment.

The project aims were to:

In liaison with RSPB and NIEA, a catchment management plan was delivered in 2013-14 under the Futurescapes Project, with the objectives of restoring the Garron Plateau blanket bog to ‘favourable’ condition by 2016. The plan was delivered through working with farmers to reduce grazing density levels, and the employment of a specialist contractor to carry out the first phase of drain blocking using peat, timber and stone dams to raise the water table. This “re-wetting” of the bog has helped restore natural hydrological conditions, restore carbon sequestration (storage) and promote colonisation by Sphagnum moss, an essential component of a functioning bog.

Raw water quality coming off the bog has improved, with colour, turbidity and total organic carbon being reduced and attenuated since the restoration began. Phase two of the project (2018–19) was completed as part of the ‘Cooperation across Borders for Biodiversity’ (CABB) INTERREG VA project in conjunction with RSPB.

The CABB project has been supported by the EU's INTERREG VA Programme, managed by the Special EU Programmes Body (SEUPB).