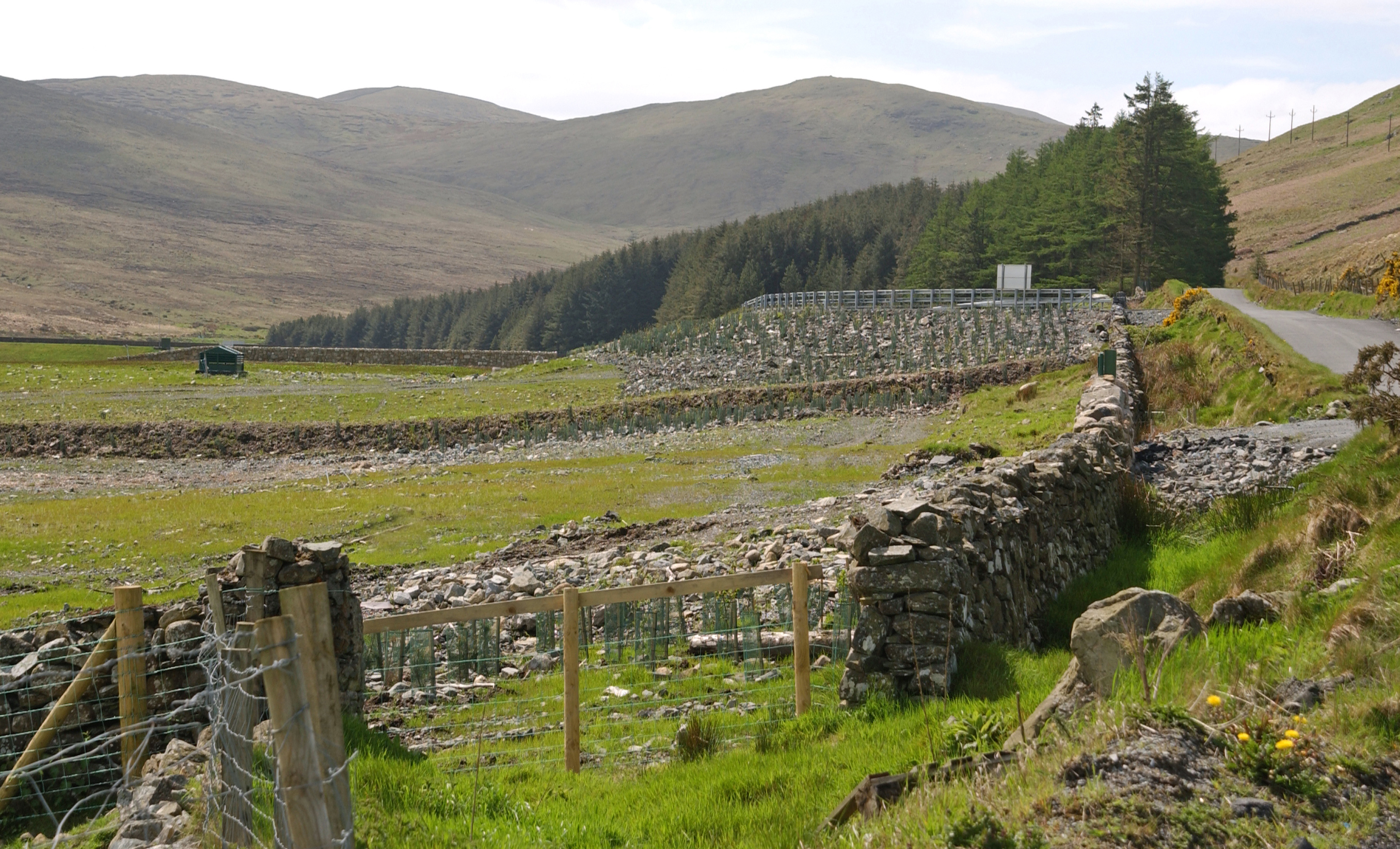 Fofannybane Water Treatment Works, situated in the Western Mournes, was built in the 1960s to serve approximately 100,000 consumers.  The system, which had a capacity to treat 32 million litres of water a day, required extensive upgrading to meet increasing demand and high quality standards imposed by the EU Drinking Water Directive.

Given that the Mournes is a designated Area of Outstanding Natural Beauty and candidate for National Park status, Water Service, in association with architectural and environmental engineering consultants, considered a number of sites taking into account environmental, engineering and economic criteria.

The site deemed most suitable for the new works was on previously disturbed land used for tree cultivation. Records showed no evidence of archaeological features and environmental studies suggested flora and fauna in the area demanded no special treatment.

This location would also allow water to gravitate from the two nearest sources (Spelga and Fofanny Dams). If required, it can also be pumped from Lough Island Reavey.

The innovative underground design would not only ensure the new facility would blend into the natural surroundings, but it meant that the Water Service could subsequently remove a large part of the existing Fofannybane works, which was considered a ‘blot on the landscape’.

Fofanny water treatment facility can treat up to 52 million litres of water, using the Dissolved Air Flotation (DAF) process.  This provides an effective barrier against cryptosporidium entering the water supply, in line with quality standards set out by the EU Drinking Water Directive.

An Intelligent Motor Control Centre was incorporated into the design to monitor and control the plant at various process stages to allow it to run in automatic operation with minimum operator intervention.

To maximise cost savings, the design allowed for incorporation of a turbine into the building.  This utilises water pressure from the Spelga line to generate 10% of the energy required to run the works.

From an operational perspective the design sought to reduce the impact which the old site was having on the surrounding environment.  By ensuring the facility was a ‘zero discharge’ works, with all washwater being returned to the head of the works and only sludge cake removed from site, this put an end to the visually unacceptable practice of dumping sludge on the catchment of Spelga Reservoir.

Indigenous vegetation was used to landscape the new site, minimising the visual impact of the building and ensuring that the new works, remained invisible from as many viewpoints as possible. 10,000 heathers and a number of native plants were hand planted on the roof of Fofanny. 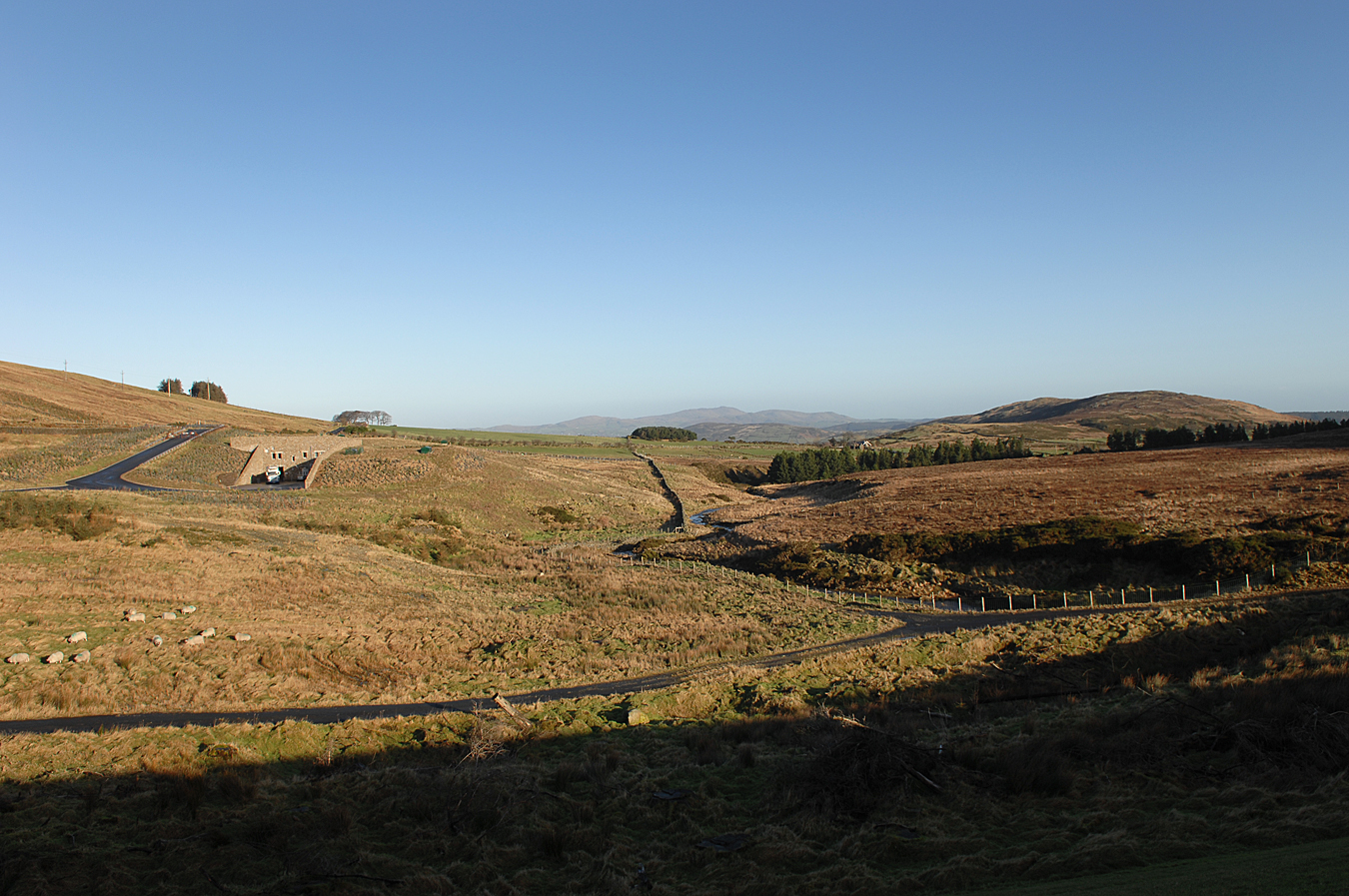 The Fofanny project, was the first buried water treatment works in Ireland and the first Constructing Excellence Demonstration Project in UK for Constraint Management.

From the procurement stage right through the construction process, the focus was on innovation, partnering, lean thinking, constraint management, sustainability, health and safety, continuous improvement and respect for people and stakeholder communications.

Water Service appointed the contractor early as a ‘Preferred Bidder’ to develop a design before construction.  An open-book accounting process was adopted on a sub-contractor basis to incentivise supply chain, with regular benchmarking on time, cost and quality.

A 3D model was created to provide a visual representation of the works and to enhance understanding amongst stakeholders of the operational aspects of the facility.

Can't find what you're looking for? Visit the Need our Help section